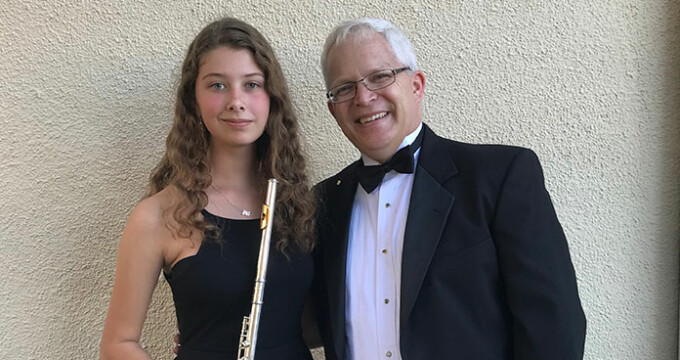 Approximately fifty 9th and 10th grade flute players from this part of the state auditioned for 12 chairs in the Region Honor Band. Eliza earned the 7th highest score, securing her spot.

Eliza, along with 135 other band students who also earned chairs in this band, gathered at CSU for a two-day clinic, followed by a wonderful concert.

PCA Band Director Mike Doll says this is Eliza's second year earning a chair in one of these honor bands. She is only the third PCA student to earn this honor. Sarah Grace Hoover and Mack Poston also achieved this recognition.

Posted by Darla Rourk with
March 5, 2018
in Upper School, Athletics

Basketball Awards Are Rolling In 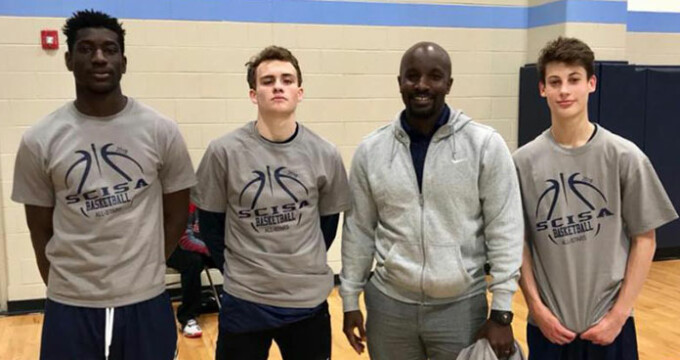 PCA's Maliek Brown was named the Region II-AA Player of the Year for the second year in a row and Marc Haight, Cole Silvester, and Robert Gregg were named to the All-Region team for the 2017-18 season.

Maliek, Marc, and Cole were also chosen to participate in the North/South All-Star game this past Saturday.  Coach John Harris was named the Region Coach of the Year and the South All-Star team coach!

On the girls side, Maddie Davidson was named the Region Player of the Year and Lauren Pernell was named to the All-Region team while Katelyn Howard earned Honorable Mention All-Region status. Maddie and Lauren were chosen to represent PCA in the North/South All-Star game where they played for Coach Chris Pouyat, who was not only named the All-Star coach, but was also the Region Coach of the Year!

Great job by all!