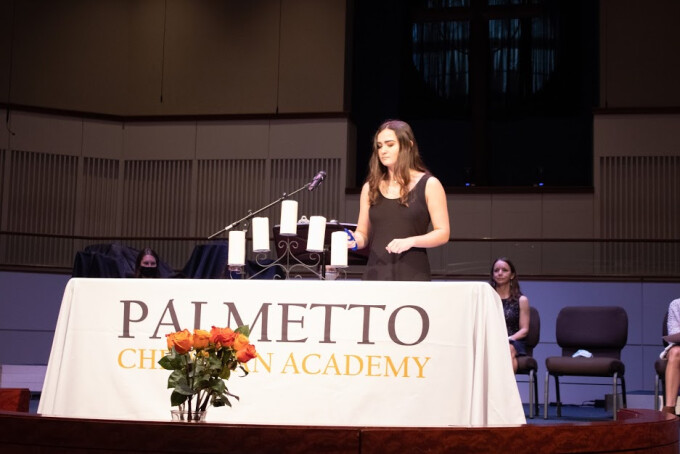 This year's National Honor Society Induction was one for the books. Honoring eighteen new members, PCA's NHS is now at a grand total of 63 members.

When asked to describe NHS, this year's advisor Amanda ZumBrunnen said, "NHS is described as a prestigious organization that recognizes academically-focused students nationwide. While a minimum GPA of 4.2 is both required to be considered for membership and to remain in active standing, scholarship is not the only requirement. Nationally, NHS also looks at three other key areas when considering candidates: leadership, character, and service. Over the years PCA's chapter of the National Honor Society has come to recognize and embrace a fifth area, which is citizenship. It is these five areas that serve as the pillars of our PCA National Honor Society Chapter."

In order to bring these pillars to life, ZumBrunnen was excited to launch a new service program, NHS: Serving the Lower School. "The original focus of this program was to serve as teacher's aides and reading buddies for the lower school", ZumBrunnen explained, "we are very excited, though, that we have also been called upon to serve as math and writing buddies for lower school students as well! More than that, we are excited that we will help meet the heavy seasonal needs of our school's administration staff. We now see that we are called to serve on an even greater level than we originally thought. Our expanded service program is, thus, rightly called - NHS: Serving PCA. Our genuine prayer is that we can truly serve our school in a way that benefits our entire community."

When asked what she thought of these new additions to the program, President Aly Godwin said, "I am so grateful for the new focus on serving PCA. The program will get students more involved in NHS, fulfilling the pillar of Service in the NHS code. The program will help bridge the gap between grade levels, students, and faculty members, and as a club, we will be able to love others through service as God first loved us."

It is safe to say that PCA is in good hands with 63 servant-hearted role models helping the PCA community. 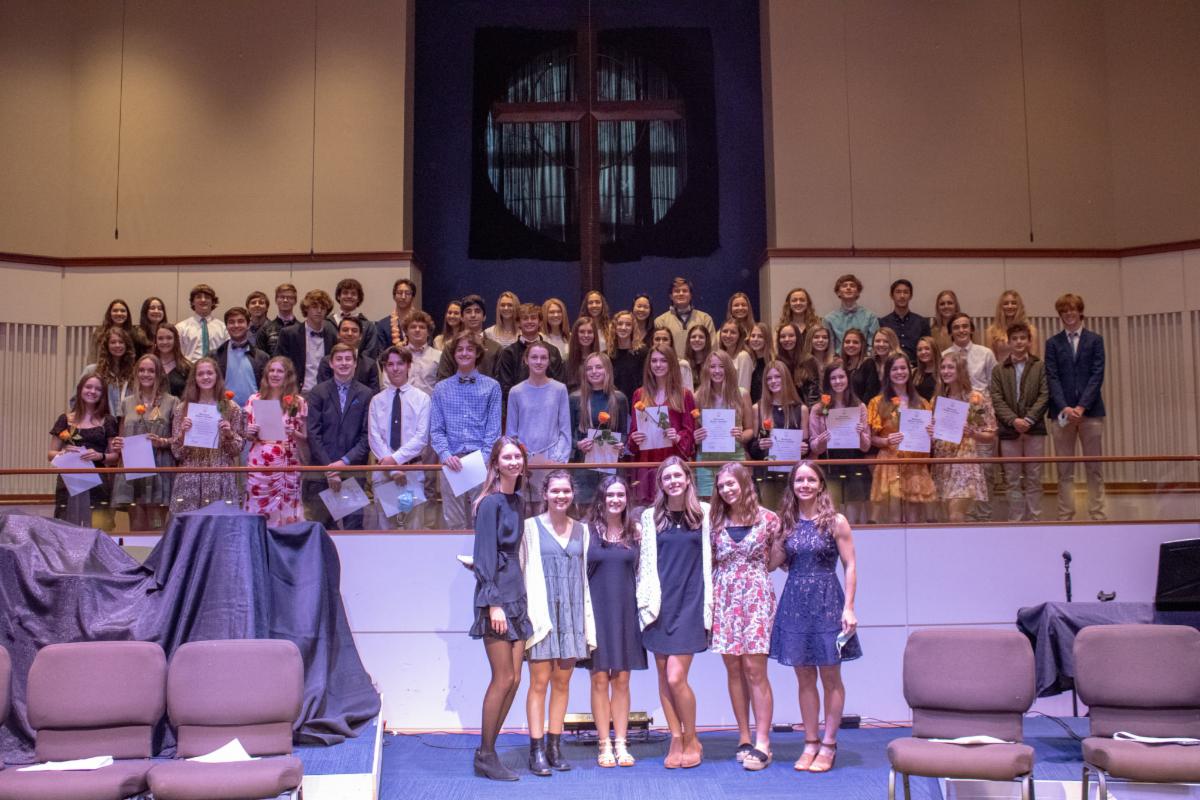 Beyond The Textbook: A Personal Story That Opened Hearts & Minds 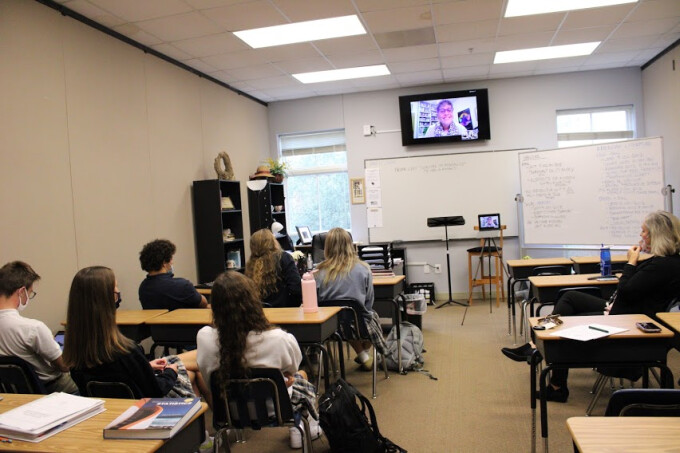 There are times in life when one is given a moment that will forever be ingrained in their hearts and minds. This past Thursday morning, students in Kristi Ugland's Senior Literature and Composition class received such a gift.

Students had recently finished reading the memoir Survival in Auschwitz by Holocaust Survivor Primo Levy, as an end to their non-fiction reading unit, when Ugland knew she wanted to add another piece to the lesson.

"I wanted the students to make the connection between these stories that took place long ago and far away with a real person," said Ugland. "I thought it was important for students to see how a personal memoir still influences our world today.

In 2018, Ugland participated in a teacher tour in Poland through Echos and Reflections, a program which offers professional development about Holocaust studies to American teachers. Ugland contacted her friend, and tour guide, Sheryl Silver Ochayon and invited her to speak to the class via Zoom.

Earning a JD from Harvard Law School and a BA in History with Highest Honors from the State University of New York at Binghamton, Sheryl Silver Ochayon left 25 years of lawyering to follow her heart. In 2005, she began working at Yad Vashem, Israel's official memorial to the victims of the Holocaust. Since 2015, Ochayon has worked as Yad Vashem's Program Director for the Echoes & Reflections program.

During their class time together, Ochayon shared about the history of the Holocaust and a specific family's miraculous journey of survival. A family of 14 hid in the attic of a brave, Polish Christian farmer. The space was not tall enough for an adult to do more than sit, and yet, that is exactly what they all did for two years. After their Polish town was liberated by the Russians, they began their journey to the states. At the end of the emotional story, Ochayon revealed that in actuality it was the story of her mother, having gone into hiding at age six until the age of eight.

Hearing such a story made a lasting impact on the students. Senior Tyler Fragola said, "Her story was intense especially when she shared it was about her mom. And because of that she devoted her life to studying the Holocaust."

Adam Kasian added that, "It brought about a different perspective to learn from outside of the memoir."

The Senior Class was truly blessed with such an amazing experience that will surely last within their hearts.