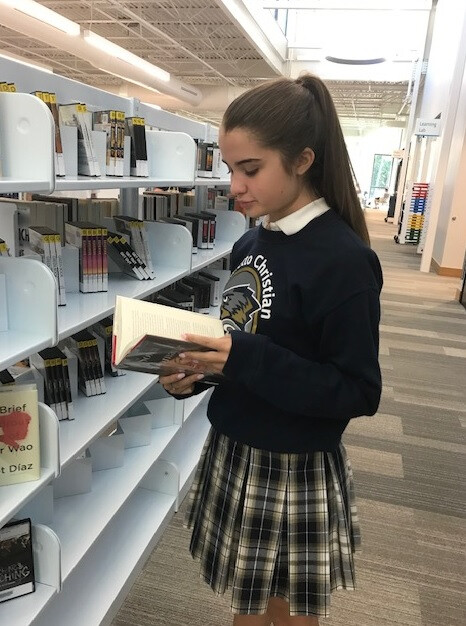 PCA students are recognized as individuals who possess strong core academic skills and a clear Christian worldview. However, there is one aspect that may be overlooked; the capstone of every graduating class at PCA: the senior thesis. What exactly is a capstone? The Glossary of Education Reform defines a capstone project as "a multi-faceted assignment that serves as a culminating academic and intellectual experience for students, typically during their final year of high school...similar in some ways to a college thesis."

All PCA seniors participate in the year-long Senior Thesis class or honors Senior Thesis class. The purpose of the course is for students to actively engage in self-driven research to pursue knowledge in a topic of their choice and prepare an in-depth presentation which they then showcase to a panel of peers, parents, and professionals during the month of April. Whew! That was a mouthful!

Students in Senior Thesis research a career of their choice while at the same time enlisting the aid of an outside mentor in that respective field. As well as developing an online portfolio that can be taken with them to college or used when applying for jobs and internships, the students will defend how technology specific to their field has made a positive or negative impact on their career choice.

Students in honors Senior Thesis research a non-career topic of their choice. They will develop an arguable thesis that considers opposing views and will present and defend their position. In conjunction with their research, students will enlist the aid of two mentors, one being a PCA faculty member and the other an outside professional/expert. The students will also participate in some sort of community outreach or involvement related to their topic.

With knowledge being easy to access in today's age, it is more important than ever to hone critical thinking skills. This is what the Senior Thesis class does: it brings the day-to-day academic and Christian worldview instruction PCA students receive year after year to fruition. It is a visual manifestation of why it pays to be a graduate of PCA. 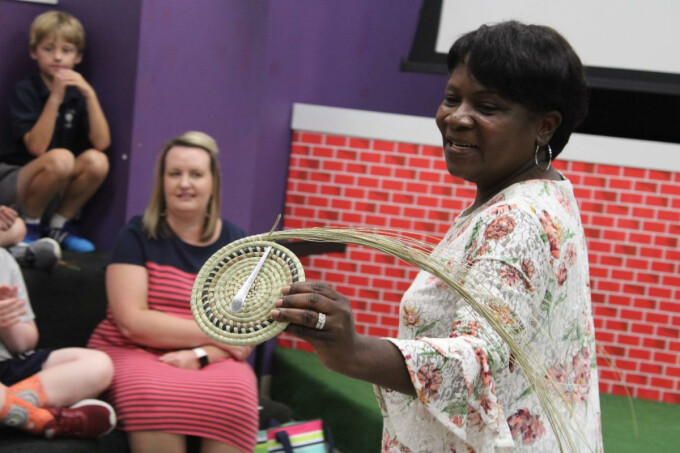 When transported to Charleston during the seventeenth century, Africans from the west coast of Africa brought with them a skill, now unique to the Lowcountry, that is still practiced today...the art of making sweetgrass baskets. Angela Stoneworth, mother of PCA graduate Kaila and Lena (9th), graciously took the time to share her talent and the history of sweetgrass basket-making with our 3rd grade students.

At the age of five, Angela began learning from her grandmother the art of weaving baskets making Angela a 9th generation basket weaver. That makes her daughters 10th generation basket weavers! Angela explained that the baskets were originally used for winnowing rice and have since become decorative items. However, because of how well they are made, sweetgrass baskets can be used for storage and serving dry food items and can last up to eighty years. She explained to the students that besides using sweetgrass (which is becoming more difficult to find) and pine straw to make baskets, bulrush is also used. Yes, the same grass Miriam used to make Moses' basket. How cool is that!

Not only did Angela learn a profitable skill from her grandmother, she learned the importance of forgiveness. When her grandmother's basket stand was robbed of its contents, Angela couldn't understand why her grandmother wasn't angry. After all, weaving baskets is very time-consuming, hard work, and was the family's livelihood. When Angela asked about seeking retribution, her grandmother replied, "No, I am just going to pray for them and ask God to have mercy on them." Words of wisdom that Angela abides by and shares with others.

The students clearly enjoyed Angela's presentation and were even able to try weaving a bit themselves. Angela and her husband, Darryl, own DNA Baskets. Their beautiful baskets and other unique sweetgrass items can be seen at dnabaskets.com or at their Market stand downtown across from the Haagen-Dazs ice cream store.

Thank you Angela for blessing PCA students with your talent and Spirit-filled wisdom.

Posted by Selina Zubia with