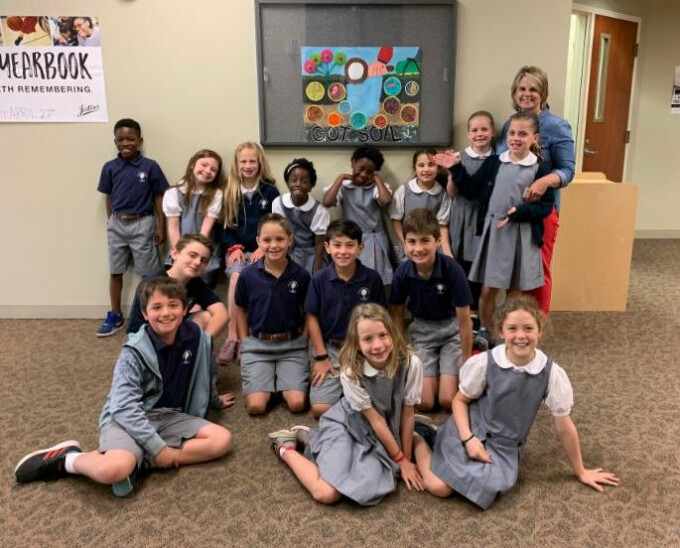 From farmers to engineers to archaeologists, soil is as good as gold. Preserving healthy soil and water for the good of the community and future generations is the job of The Charleston Soil & Water Conservation District. To promote awareness, the District invites local public and private schools to participate in a yearly poster contest. This year's topic: life in the soil, dig deeper.

Mrs. Adkins', Ms. Jones', and Mrs. Andrews' third grade classes decided to accept the challenge. The stipulation was that each class had to work together, using various media, to create one poster illustrating living things found in the soil.

Of course, PCA third graders excelled! Mrs. Andrews' class won the award for most creative with its "Life Down Under" poster. They used multi media to spotlight the habitats of moles, chipmunks, snakes, and even a bumble bee's nest while also stating that God provides the perfect environment for his creatures to thrive in.

Mrs. Adkins' class won 1st place in the 3rd grade division of Charleston County as well as the Best Overall Conservation Poster Award. The poster was titled "Got Soil?" with the question mark being a worm to add interest. Hence...creative! Her students also used various media to create worms, springtails, mites and arthropods, and very specific bacteria and fungi that live in the soil. Together, they were able to illustrate that God makes all things work together to make the soil healthy.

Both Mrs. Adkins and Mrs. Andrews will attend the awards banquet on May 22 at the Fort Johnson Marine Center. Mrs. Debbie Eckard from the Charleston County Soil and Water Conservation District will come to PCA on Monday, May 20, to present certificates and awards to the students.

How magnificent is it that PCA students can share their Christian worldview with others by participating in a poster contest! The Lord's name be praised!

Posted by Selina Zubia with
April 23, 2019
in Lower School, Academics 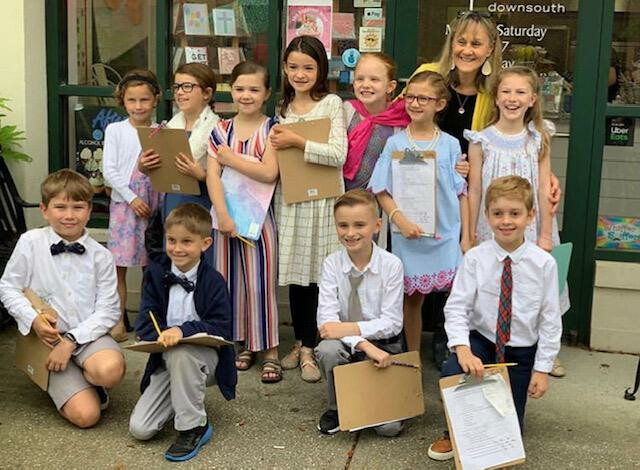 "Do you think we have a money tree growing in the backyard?" was one of my father's repeated questions when I was young. PCA 2nd grade parents, you won't have to worry about that because your students now understand the magic of economics!

The 2nd grade teachers have been teaching their students all about the making, buying, and selling of goods and services... economics. They went on a field trip to Belle Hall Shopping Center and Coastal Cupboard to learn the impact that marketing, merchandising, and price point have on consumers. They also discussed how God can be honored in a free-market society. That knowledge was put into action during Market Day this past Tuesday.

For the first time, 1st grade students were invited to participate. Each 1st grade shopper was given $10 in virtual money to spend at each of the three 2nd grade marketplaces. The markets featured products such as custom-made bracelets, baked goods, candy, slime surprise (not as bad as it sounds), and gently-used toys, along with services such as face painting. The young ladies who provided the face-painting service were thrilled to have collected $200 well before closing time and the 2nd graders earned $2,197 overall!

Although these students will probably still ask their parents for financial assistance from time-to-time, perhaps they will appreciate that money really doesn't grow on trees.

Posted by Selina Zubia with