Showing items filed under “Athletics”
May 3, 2021
in Athletics 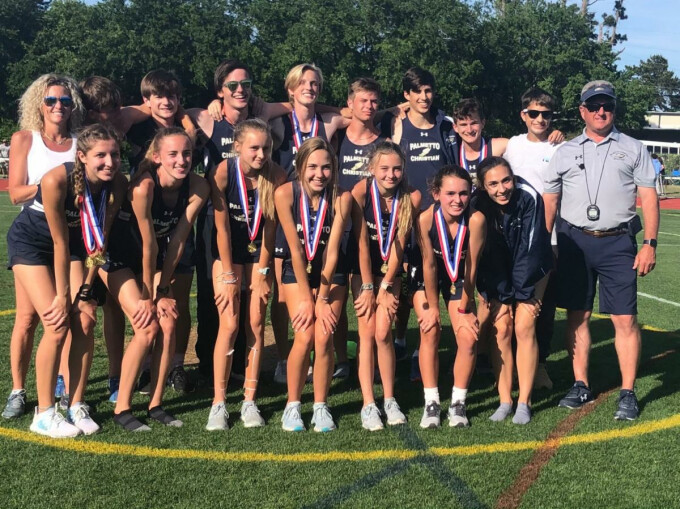 The PCA Girls' Track team completed another successful season on Saturday with the 1A/2A State Championships held at Porter Gaud. Though our participation was down this year, our talent was not. We entered the meet with 7 girls who had qualified in individual events and we added Kendall and Cooper Anderson who had earned positions as alternates for the relays. Our girls performed extremely well and finished 4th overall only 2 points out of 3rd and 7 points from being the state runner-up! All of our participants scored points for the team. Our 4x800 team of Tabitha Hewitt, Josie Hurley, Sara Belle Boyles, and Addison Hewitt was crowned the State Champions after winning by an impressive 15 seconds. What makes that accomplishment even more impressive is that the team is extremely young with one representative each from grades 6-9! Junior Ella Banks contributed with points in the 3200 and 800 meters along with being a member of the 4x400 team that finished 4th. Fellow Juniors Reese Baker and Charlee Olson had big days. Reese finished 2nd in the 100 hurdles, 3rd in the 400 hurdles and High Jump, and was also a member of the 4x400 team. The largest point haul was reserved for Charlee Olson who won the individual State Championship for the 100 hurdles, 400 hurdles, High Jump, and 200 meters on her way to being named the High Points Female Athlete (basically the MVP for the girls meet.) Charlee's winning of the High Points Award followed Lauren Pernell and Annie Pascutti and makes the 6th straight year that a PCA girl has won that award.

The Boys' Track team also performed at a high level despite being outmanned by the teams they were competing against. Junior Trey Hunt was a triple State Champion winning the 3200 meters and the 1600 meters while also running a leg of the 4x800 team. The State Champion 4x800 team of Dylan Brewer, Mitchell Walters, Trey Hunt, and Thomas Patrick provided the most exciting race of the day for PCA as they were in 3rd place going into the last leg. Junior Thomas Patrick ran a split of 2:08.97 (a personal record by 3 seconds) to close the gap and ended up beating the anchor leg for Shannon Forest by .5 seconds.

The Eagles earned more points in the 400 meters when Spencer Evans finished 3rd and Thomas Patrick finished 6th. In the 3200, 8th grader Ethan Gawryluk ran a new personal best to finish 5th and Gabe Moser also beat his personal record time to finish 6th. The 4x100 team of Morgan Walters, Dylan Brewer, Gabe Moser, and Spencer Evans narrowly missed scoring points with a 7th place finish but the 4x400 team of Mitchell Walters, Gabe Moser, Thomas Patrick, and Spencer Evans picked up unexpected points when they knocked 7.63 seconds off our season best time to finish 4th. Though he did not get called into action, Porter Wrenn served as the alternate for the 4x100 and 4x400 teams.

Posted by Dale Hoover with
May 3, 2021
in Athletics 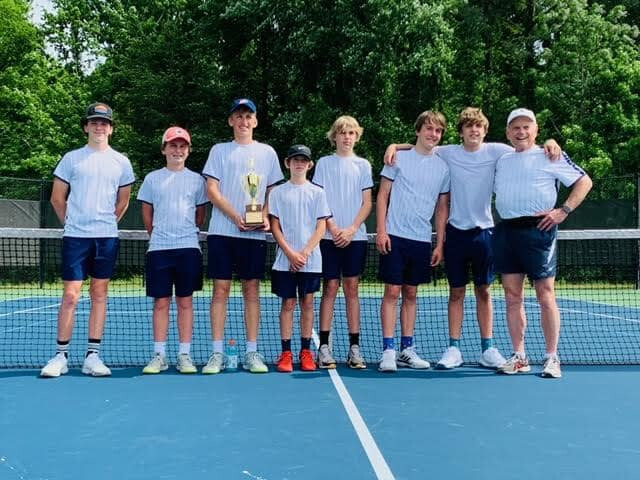 Congratulations to the Varsity Boys Tennis team for a fantastic season. PCA is the SCISA 2A State Runner-Up! The Fighting Eagles faced an extremely talented Spartanburg Day and fell in the finals 5-1 in last Friday's match-up. Henry Hyden secured the lone win for PCA.

What an awesome finish for this young team. We are incredibly proud of you!