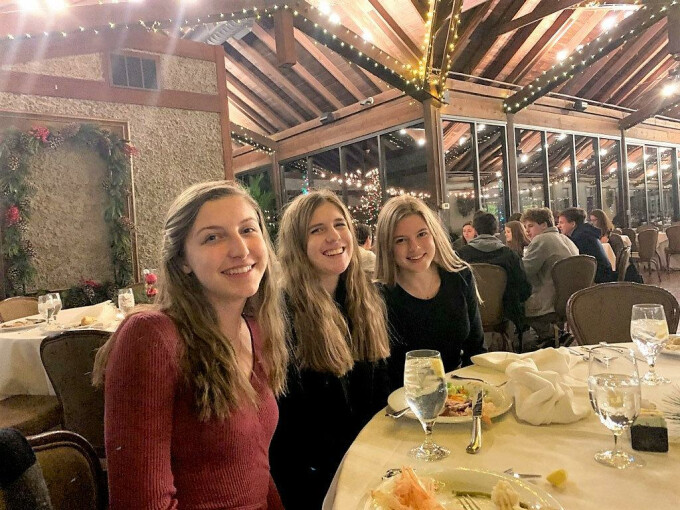 On December 2nd and 3rd, the Sophomores made their way to Asheville, North Carolina for the annual literary trip. Upon arrival, the students watched a live Christmas Spectacular in the Flat Rock Theater and then made their way to the historic Biltmore, where they were able to eat dinner at the Deerpark Restaurant on the Biltmore property under twinkling lights. The students then headed inside the spectacular Biltmore Mansion for a candlelight tour of the house that was decorated in ornate lights and Christmas trees. The next day the students set off to tour the homes of O'Henry, Thomas Wolfe, and Carl Sandburg. The Sandburg house was a class favorite as students toured not only the home but the dairy farm founded by the Sandburg's in 1945. The sophomores particularly enjoyed interacting with the animals on the farm, especially the goats. The 10th grade trip to Asheville this year was a success! 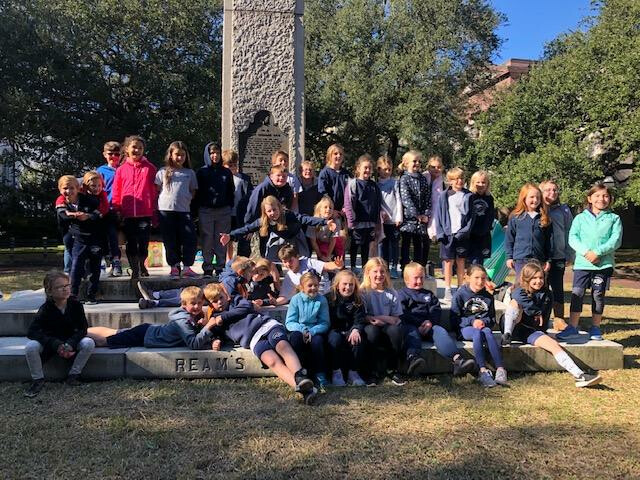 After the wonderful Thanksgiving holiday, on Monday, December 2nd, the third graders headed over the Ravenel Bridge for a fun and educational field trip! First stop was the South Carolina
Historical Society Museum on Meeting Street. An architectural treasure in its own right, the Museum is housed in a National Historic Landmark building and features interactive exhibits on the people, places, and movements that shaped our state and nation. The children were able to see maps, manuscripts, and artifacts illuminating moments in our state's past. A shared discussion was given also highlighting the Lowcountry's Cash Crops in 1800's, such as indigo, rice, peanuts, cotton, and tea. The children also discussed the history of the museum, how it housed documents, and ways it protected important city records from numerous natural disasters.

After a cool, sunny picnic in Washington Park, located next to the museum, the children walked the cobblestone roads to the Old Slave Mart Museum on Chalmers Street. The Mart was built in 1859, and this was where 35 to 40% of the slaves entered the United States. The Old Slave Mart Museum is considered the last surviving slave auction gallery in the state. It was used only briefly before the Civil War. The children used large informative graphics on the walls to answer scavenger hunt questions, and then they were able to have their questions answered by museum employees. Living in a town rich with culture and history, we feel honored to have such wonderfully informative field trips right over the Cooper! Thank you Mrs. Adkins, Mrs. Andrews, and Ms. Jones for planning such a wonderful learning experience.

Posted by Tifany O'Neal with