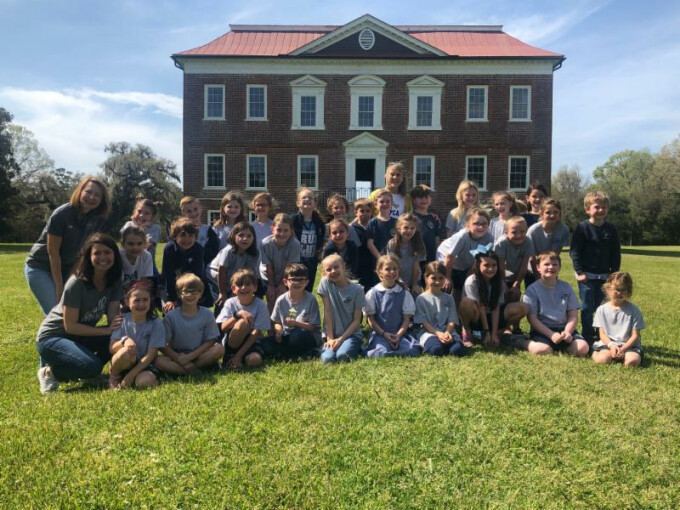 Over the past several weeks, PCA 2nd graders have been diving deep into the history of the Revolutionary War. Their minds have been full of wonder about the 1780's events involving the Loyalists, Patriots, battles, and lifestyles. So, no better way to put all the learning in motion than with a visit to local Lowcountry plantation, Drayton Hall.

Drayton Hall was built in 1738, and it remains the oldest unrestored plantation house still open to the public today. Located along the Ashley River, the home was built for John Drayton, Jr. by his father. The Draytons owned a network of fifty or more working plantations, and Drayton Hall is believed to have served as a home seat for the family. A Continental Army General occupied Drayton Hall as his headquarters for a brief period in 1782, and the entire plantation sustained significant damage from the Revolutionary War.

During the visit, our 2nd graders were given several informative lessons all about Revolutionary War excitement on Drayton Hall plantation. They saw up close the uniforms the soldiers wore. In classrooms, replicas of each uniform were displayed, and each part of the uniform was described. A fun fact we learned was the British soldiers had a leather strap around their neck called a stock, and this was used to remind them to keep their heads up while marching. Next, each child saw up close the supplies soldiers carried while fighting, including weapons, eating utensils, money, and small games. Last, students learned how to march and take orders as if they were off to battle. Given a replica of a musket, they learned how to hold, aim, and shoot at the oncoming enemy. This was the highlight of the trip for sure!

Faith In Action: 5th Graders Experience Blessing By Serving Others 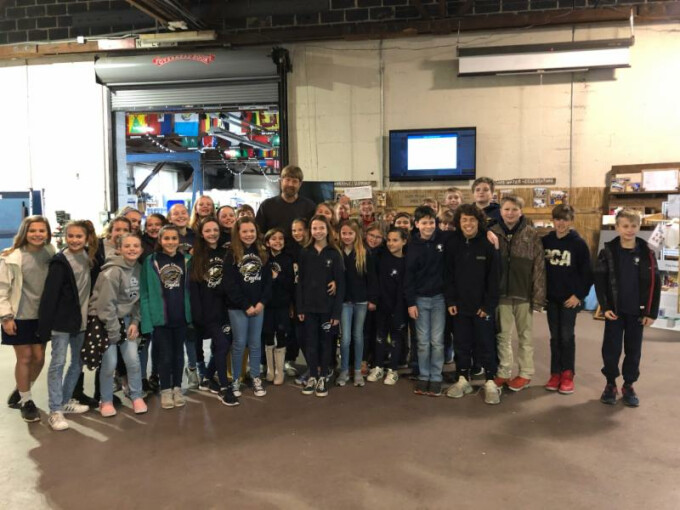 "Each of you should use whatever gift you have received to serve others, as faithful stewards of God's grace in its various forms." 1 Peter 4:10

Our 5th graders recently experienced a day of blessings as they shifted the focus onto others through serving.  Students and faculty presented Water Missions with a check for $619 from a recent coin drive. That gift is enough to provide clean water for 61 people for the rest of their lives. The students also toured Water Missions with Mr. K.C. as their guide. As the tour wrapped up, the children asked how they could pray for him, then gathered around him and began spontaneously praying. 5th Grade teacher Lisa Shogren says, "When the Amen was finished and we lifted our heads, he was weeping. We were weeping."

After a picnic lunch, the day of giving continued with a visit to Sweetgrass Village to love on some of their residents. The students recited Scripture, performed a skit, and played Bingo. By the end of it, some of our students were holding hands with the residents, hugging them, and praying over them. It was evident that His power was at work as these sweet 5th graders spurred on one another to demonstrate Christ's love.