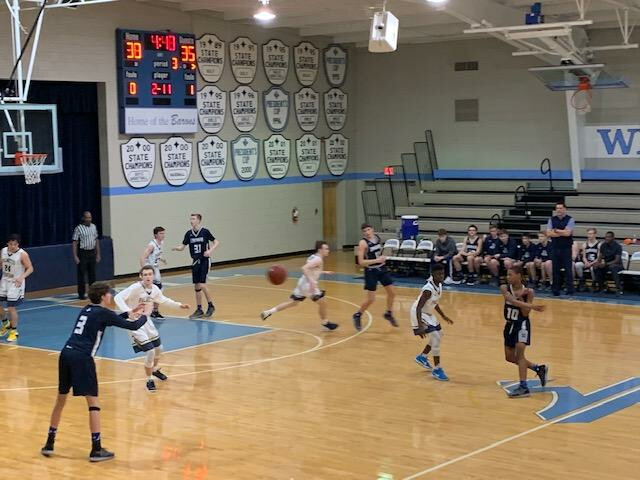 The PCA Varsity Boys defeated Oakbrook Prep in the first round of the SCISA playoffs on Saturday. In a back and forth game which featured a 12 point lead by PCA and a 7 point lead by Oakbrook, the Eagles tied the game with 3 seconds left. During the overtime period, PCA played with renewed energy and finished with a 73-69 win. They will be taking on Bethesda Day in the second round of the tournament tonight at 5 pm at Wilson Hall in Sumter. The winner will play in the semi-finals Thursday night at the Sumter Civic Center.

Posted by Dale Hoover with
February 19, 2019
in Upper School, Athletics 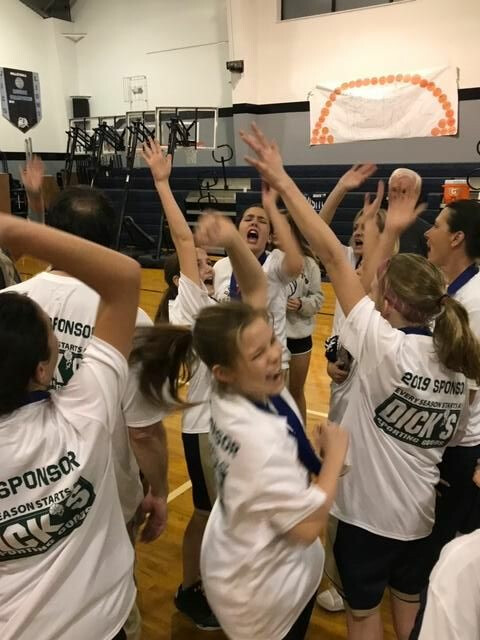 The 6th grade PCA Girls Basketball Team captured their AAA division and entered the Division I playoffs as the #2 seed. Winning against Porter Gaud in the first round and rolling past Laing Middle in the second, the PCA Eagles earned the right to meet #1 seed Moultrie Middle for the Championship Title Game on Monday, February 11. This final game already had the headlines for a great battle. PCA had a 13-1 winning record coming into the game. So did Moultrie. But, PCA's one loss was to the Patriots. It would be the Eagles' chance to avenge that loss. The game started aggressive, just like Head Coach Eric Cox predicted. Annabelle Cox hit the front end of a one-and-one. And that would be the theme of the game, aggressive play landing someone on the foul line. At halftime, the Eagles lead 12-6. Moultrie would enter the second half like a sleeping giant. Playing with emotion, the Patriots would shift into another gear. But, the Eagles would remain calm and continue to fight. At game's end, there would be 7 PCA Eagles that would score. However, it was Cokey's Suddeth's high percentage of baskets made while at the free throw line that would make the difference, and make her MVP of the Trident League Division I Tournament. Point guard Lily Buceti and Forward Annabelle Cox were also handed All-Conference Awards for the tourney. Congratulations, Lady Eagles on your Division I Trident League Basketball Championship and for a great season!

Posted by Cassy Andrus with