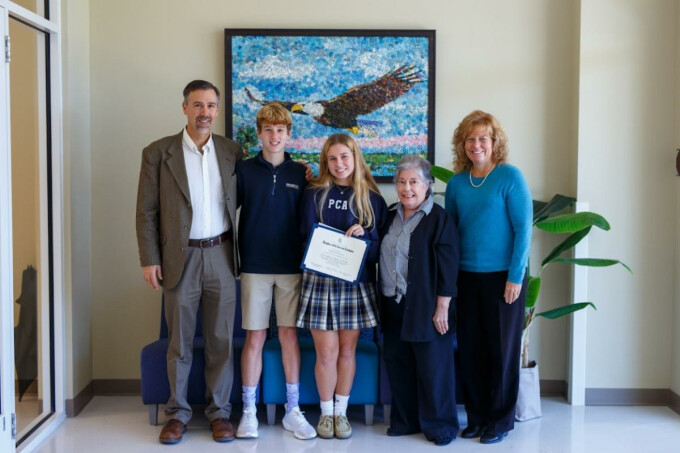 Congratulations to PCA Senior Sally Cease for receiving the 2021 Good Citizenship Award from the Fort Sullivan Chapter of the Daughters of the American Revolution. Mrs. Barbara Nourie, DAR Regent, presented Sally with a certificate and a scholarship check while her family joined her for the presentation.

Sally says she was incredibly excited to receive this recognition. “I felt honored to know that the essay I wrote on the Importance of Citizenship made an impression on the members of the D.A.R.”

Congratulations Sally! What an impressive achievement!

With Respect And Gratitude: We Honor Our Veterans 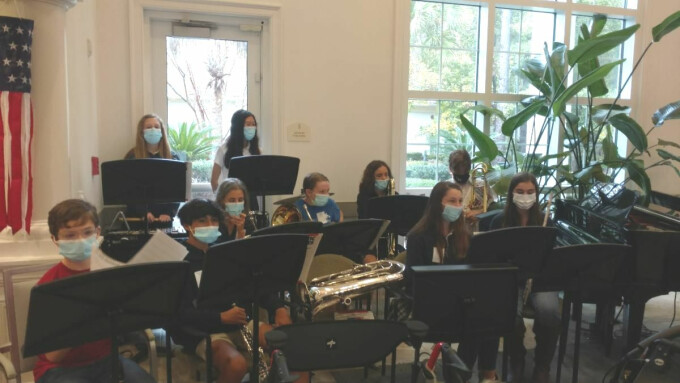 Driving down the streets last week, one could see American flags everywhere. They dotted Highway 17, were placed around roundabouts, and hung outside homes in honor of Veterans Day, a day to honor the men and women who served and are serving in the U.S. Armed Forces.

Each year the PCA community - across the ages - joins the nation in honoring these heroes. Here's a look at how we celebrated these brave men and women.

Xylophone and bells player Bella Davenport was moved by the reaction of the residents. “We played six patriotic songs including the Marches of the Armed Forces. The reactions on their faces were so happy. I could hear them singing the words to the songs. It was so heartwarming to see the joy we were bringing them. When we played the armed forces, all the veterans either stood or raised their hand for their song. Everyone was clapping and cheering for them. It was a moment I will never forget. Mr. Doll asked if there were any WWII veterans in the room; at least five people raised their hands. It was a remarkable experience and I’m so happy that we got to bring joy to them on Veterans Day.”