Exploring The Deep History & Nature Of The Lowcountry 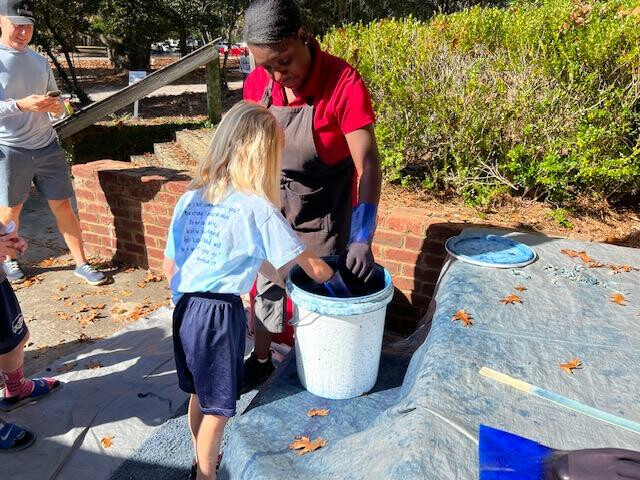 Second graders recently had the opportunity to explore Old Santee Canal Park in Berkeley County. This is a 200 acre park with 4 miles of walking trails. Did you know that Highway 52 takes you all the way to North Dakota?!!

There were several activities planned throughout the day. The students learned about indigo plants which were imported from England. Blue is the color of wealth. Indigo was grown in southern states because of our warm climate. Eliza Lucas Pinckney was the first to grow indigo seeds in 1742. Indigo made Charleston very rich and is why our state flag is indigo blue. Each child was able to dye their own cloth in indigo.

Next the students learned about insects and their life cycle and were able to dig for bugs!

We also had the unexpected opportunity to view a rehabilitated owl being released back into the wild. Birds of Prey had nursed a Barn Howl, who had been hit by a car, back to health. The owl quickly flew out of his carrier and perched in a tree before flying off out of sight.

Lastly, the students learned about swamps and marshes and how different plants and animals adapt physically and behaviorally to their ecosystems. The students fished with nets and collected swamp roses, popcorn trees, algae, a fishing spider, a giant water bug, and a dragon fly nymph.

We learned that humans are a keystone species and we impact our environment every day.

Simple ways we can help conserve the effects on our ecosystem include reusing water bottles, turning off lights, and turning off the water while brushing our teeth.

Coffeehouse 2022: A Trip Back In Time Through The Decades! 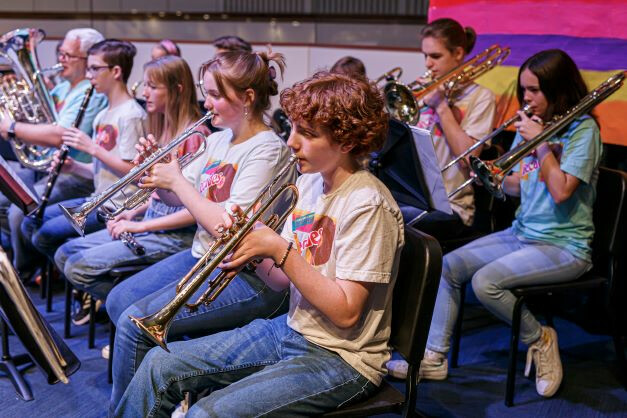 PCA Choir and Band does it again! These talented groups of students, led by the amazing choir and band directors, Dr. Jolene Hethcox and Mr. Mike Doll, put on a performance that had the audience tapping their toes and swaying in their seats as everyone was transported through the decades via some favorite hits.

Starting off the show was the band showing off their skills with a fun mash-up of classic comedy intros which included themes from Bewitched, the Brady Bunch and many more.

Then the choir took the stage with “Here Comes the Sun,”, which followed with tenth grader Bella Davenport getting behind the drum set, while the rest of the band grabbed their drum sticks and empty buckets to tap out the classic beats of “Wipe Out”.

Davenport explained, “I think the coffeehouse was a huge success and I’m so proud of everyone for learning the songs and getting them finished in time. I’m most proud of the soloists who had the guts to get up on stage by themselves and sing. It’s a lot harder than it looks!”

The evening continued with ensemble pieces such as Sweet Caroline (band and choir together!), “Don’t Worry, Be Happy” and “Count on Me”, followed by a variety of solos starting with senior Zella Horton singing “Hopelessly Devoted to You”, Davenport, this time on keyboard, playing and singing “Mad World”, Junior, Ian Marlow also on keyboard and vocals, singing “Uptown Girl,” and senior Grant Crawford, accompanied by Marlow, singing, “Viva la Vida” and “When I Was Your Man”.

“I was thrilled with the High School Choir and Band’s Coffeehouse performance on Thursday night,” said Dr. Hethcox.  “The Decades theme that the kids chose was fun, and PCA is blessed to have so many talented musicians.”

Doll agreed, “The coffeehouse was such a fun way to showcase the musical talents of our students. The students did such a nice job of preparing and performing.”

And the evening was quite a hit with the audience who left with smiles on their faces and familiar tunes stuck in their heads!